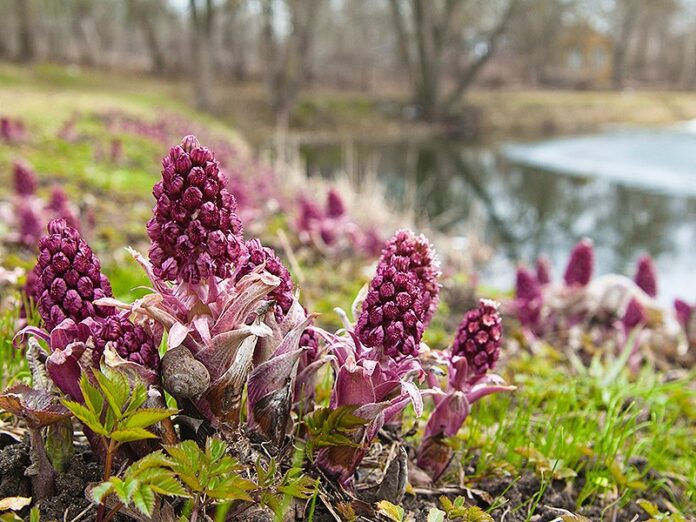 Butterbur herb is very beneficial to your health. Seasonal allergies are often accompanied by a flurry of unpleasant symptoms. Sneezing, whining and itching, uncomfortable eyes are just some of the annoying side effects that come with the season. If you are like most, you have probably desperately searched for antihistamines to find quick relief from your allergies just to experience additional symptoms such as drowsiness, dry mouth or nausea. Fortunately, there are natural remedies against allergies, such as the benefits of butterbur, which can help prevent symptoms without unpleasant side effects. Butterbur herb is good for more than allergy season. It can be used throughout the year to relieve inflammation, prevent migraines, reduce asthma symptoms and even protect the brain and heart from damage. In the past, it was also used as a traditional treatment to help heal wounds, reduce the symptoms of urinary tract infection and fight fevers.

Available in a convenient capsule form, adding butterbur herb to your medicine cabinet can have a big impact on your health and may even reduce your need for other medications.

Allergic rhinitis, also known as hay fever or seasonal allergies, is an allergic response that produces symptoms such as sneezing and itchy eyes. Although traditional treatment includes medications such as antihistamines, steroids and decongestants, the benefits of butterbur may be an effective natural alternative to help reduce symptoms. One study showed that butterbur extract was significantly more effective in the treatment of hay fever than a placebo in a randomized, double-blind, placebo-controlled comparison of parallel groups. In another study, the effects of butterbur were compared with cetirizine, also known as Zyrtec, a medicine used to treat seasonal allergies. Not only was buterbur as effective as cetirizine to improve symptoms, but it also produced less negative side effects, such as drowsiness and fatigue. For those who suffer from seasonal allergies, butterbur may be an excellent option to help reduce symptoms and avoid adverse side effects that may occur with traditional medications.

If you have ever suffered from migraines, you are probably very familiar with the long list   of migraine symptoms that come with them. Stinging pain, sensitivity to light and sound, dizziness, nausea and vomiting are all common side effects when you have a migraine. Fortunately, there are many natural remedies that can help decrease symptoms. In fact, it has been shown that butterbur extract helps naturally treat migraines. In one study, the benefits of butterbur wounded the frequency of migraine by 48 percent over a four-month treatment period. Another trial found similar results, demonstrating that the herb decreased the number of migraines by 47 percent and was significantly more effective than a placebo. Additional research focused only on children and adolescents who took butterbur and found that the frequency of migraine was reduced by 63 percent, and 91 percent still felt improvements four months after treatment.

“If you have frequent migraines, butterbur can be a great natural remedy to have on hand”.

You may also want to consider other natural remedies, such as matricaria, which have been shown to provide migraine relief as well.

Asthma is a common problem worldwide, affecting approximately 300 million people and representing 250,000 premature deaths each year. Some tests show that the benefits of butterbur herb could be used in combination with traditional treatment to help improve asthma symptoms. One study measured the effects of butterbur in 80 participants with asthma for four months. Not only did the severity, duration and amount of asthma attacks decrease, but the symptoms also improved and 40 percent of the participants reduced the use of asthma medications. An animal study also showed that butterbur has potent anti-inflammatory properties  that can help in the treatment of asthma. The use of butterbur, alone or with other treatments for asthma, may help reduce the symptoms and severity of asthma while reducing the amount of asthma attacks.

Interestingly, there is some evidence showing that butterbur could help keep your brain healthy and protect it against oxidative damage. Oxidative damage is caused by the accumulation of harmful free radicals , compounds that are formed as a result of factors such as stress, pollution and a poor diet. If antioxidants do not neutralize free radicals, they can cause damage to cells and even cause chronic diseases. An animal study showed that the benefits of butterbur have a protective effect on the brain. In fact, it was able to prevent damage to the brain even after a neurotoxin was administered. Butterbur herb also contains a plant compound called kaempferol, which is also found in foods such as broccoli, Brussels sprouts, spinach, apples and green tea. Kaempferol has a long list of health benefits and has even been shown to prevent oxidative damage to the brain. The compounds found in butterbur can help keep your brain healthy and prevent degenerative disorders of the brain, such as dementia and Alzheimer’s disease.

Butterbur herb is full of compounds that promote health and antioxidants that can help improve the health of your heart and reduce certain risk factors for heart disease. In an animal study, it was demonstrated that butterbur supplementation lowers total cholesterol, the cholesterol bad LDL and oxidative stress in mice. Another study with animals also found that its improved cholesterol levels and even reduced body weight and fat accumulation. The kaempferol found in this herb can also benefit heart health. Several studies have shown that it can protect against heart damage caused by heart attacks.

Although inflammation is a normal response of the immune system, more and more emerging research shows that chronic inflammation could be the root of many diseases. In fact, it is believed that inflammation contributes to diseases such as obesity, cancer, diabetes and heart disease. Butterbur herb contains potent anti-inflammatory properties and has been shown to prevent the accumulation of inflammatory cells in the body. Kaempferol, one of the components found in butterbur, also contains anti-inflammatory properties. In fact, an animal study showed that kaempferol reduced levels of inflammatory markers and reduced oxidative stress in mice. According to these studies, matching butterbur with a balanced diet and a healthy lifestyle could help reduce inflammation and prevent chronic diseases.

How to Use the Benefits of Butterbur? 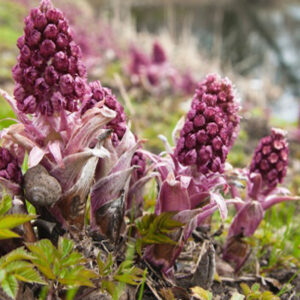 Butterbur herb is most commonly found as a capsule supplement, and is widely available in most natural health stores, pharmacies and online retailers. It is also found in some natural medications, such as Petadolex. Petadolex is a medicine that contains butterbur that is used to promote blood flow and prevent migraines. Most studies show that butterbur is most effective when administered in doses of 50 to 75 milligrams twice a day. You may want to start with a smaller amount and gradually increase your intake to assess tolerance. Keep in mind that some products containing butterbur may also contain pyrrolizidine alkaloids (AP), a type of chemical that can cause liver damage and other adverse side effects. If you have liver problems, avoid butterbur and look for butter-free products to avoid this harmful chemical. Also, be sure to look for a reliable brand with minimal ingredients to ensure you get the best possible quality. The dried butterbur plant or extract can also be used to make a tea to fight allergies.

Side Effects and Precautions of Butterbur:

Although it is generally safe and well tolerated, some people may want to avoid butterbur. Some people may be allergic to this herb. Petal allergies are more common in those who are also sensitive to other plants in the same family, such as ragweed, daisies, marigolds and chrysanthemums. If you experience symptoms such as hives, itching or swelling of the throat, you should discontinue use immediately and talk to your doctor. If you are pregnant or breastfeeding, the use of butterbur is not recommended since its effects have not yet been studied. In addition, although it has been shown to be safe and effective for children, it should only be given to children under the supervision of a health professional. You should also make sure to use only products labeled as certified PA-free to avoid liver damage and other negative effects. The consumption of unprocessed, unprocessed butterbur is not recommended for people with liver problems in particular, since these harmful chemicals have not been eliminated. Common side effects of butterbur include headache, diarrhea, fatigue, belching and itchy eyes. As always, if you experience negative side effects, you may want to decrease the dose or discontinue use and consult your doctor.

Final Thoughts on the Benefits of Butterbur: