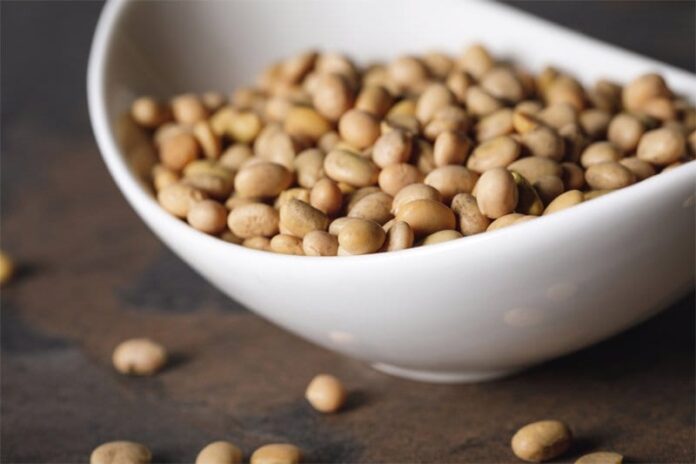 Soy lecithin is widely accepted both in conventional food stores and in natural food stores; It is often used as an ingredient in food products and is sold as a supplement to improve your health. However, surprisingly, there is much confusion (and perhaps even prejudice) about soy because it includes the word “soy”. It is important to say that the consumption of soy lecithin has advantages and disadvantages, but it is definitely not as bad as some say. When you choose the right soy products, you actually boast of having potential health benefits, such as your ability to lower cholesterol levels and stimulate brain function. But the world of soy lecithin can be complicated, since in fact it is made from soy, a food that I usually try to avoid unless it is fermented.

Read on to learn more about how soy is produced and whether or not it should be avoided like many other soy products on the market today.

Often extracted from soybean oil, an ounce (28 grams) of soy lecithin has the following nutritional content:

So why are lecithin supplements so popular and why are soy lecithin capsules used? Well, the answer lies in the fact that lecithin supplements contain a complex mixture of phospholipids, which make up the structure of the cell membrane and are used for energy storage. Two types of phospholipids that are all essential components for biological membranes include phosphatidicoline and phosphatidylserine. According to researchers in Japan, the administration of fresh phospholipids can work to replace damaged cell membranes and restore the structure and function of the cell membrane. This is called lipid replacement therapy and has been shown to improve fatigue, diabetes symptoms, degenerative diseases and metabolic syndrome. Phosphatidylcholine is one of the primary forms of choline and acts as an essential component in cell membrane signaling.

“Phosphatidylcholine is produced in the liver and becomes choline, which plays several important processes within the body”.

Phosphatidylserine is found in the membranes of all animals, higher plants and microorganisms. In humans, it is more concentrated in the brain and phosphatidylserine supplementation is often used to improve brain function in elderly patients. Research also shows that it could be beneficial for children and youth with ADHD and mental health conditions.

Soy lecithin also has potential health benefits, including its ability to:

Although there are many potential health benefits of soy lecithin, it is still commonly derived from genetically modified soybeans, so look for organic options whenever possible. Also, keep in mind that soy lecithin contains isoflavones, which can have estrogenic effects when ingested.

2. Serves as a Hill Source:

4. Help with Physical and Mental Stress:

7. Relieves the Symptoms of Menopause:

Dangers and Side Effects: