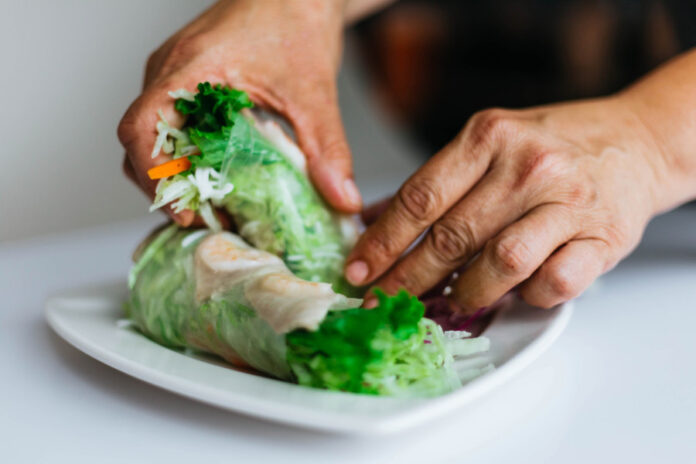 Eating a healthy diet rich in vegetables, fish, legumes, eggs and poultry is linked to a lower risk of multiple sclerosis, a long-term disease that affects the brain, spinal cord and optic nerve of the eyes. This was the conclusion reached by researchers from Australia after studying the links between diet and demyelination of the central nervous system (CNS), which is often the first stage of multiple sclerosis (MS). The condition occurs when there is loss or damage of the fatty isolation surrounding nerve fibers that carry signals to and from brain cells. The researchers analyzed data on almost 700 people across Australia. They report their findings in an article now published in the Multiple Sclerosis Journal.

Multiple sclerosis is a long-term and unpredictable disease. Your symptoms may persist and gradually get worse, or they may appear and disappear. There are four types of multiple sclerosis, depending on the pattern of symptoms and their evolution. Many researchers believe that in multiple sclerosis, the immune system attacks healthy myelin in the brain, spinal cord and optic nerve as if it were a threat. Eventually, the damage also affects the fibers and cells and disrupts the signals of the senses and to control movement. Symptoms vary widely, depending on the location and severity of myelin damage. These include but are not limited to: vision problems, loss of coordination and balance, speech difficulties, numbness, tremor, memory and concentration problems, acute fatigue and paralysis.

According to the National MS Society, there are over 2.3 million people worldwide who live with multiple sclerosis. An exact official number of the number of people diagnosed with MS in the United States is not available, but a study that published preliminary findings in 2017 suggests that it is around one million. Although multiple sclerosis can develop at any age, most cases are diagnosed in people aged 20 to 50 years. Women are three times more likely to develop multiple sclerosis than men.

Dr. Black and her colleagues investigated the links ” between dietary patterns and the risk of a first clinical diagnosis ” of CNS demyelination. They analyzed data from the 2003-2006 Ausinmune Study, which was carried out in several centers throughout Australia. The data included answers to detailed questionnaires about the types of food people ate and how often they ate them. In analyzing the main components of food, the researchers identified two main eating patterns. A “dietary pattern” was a healthy diet with a high content of fish, eggs, poultry, legumes and vegetables. The other was a “Western-style” diet that was high in high-fat and red meat dairy products and low in nuts, fresh fruits, whole grains and low-fat dairy products. The researchers noted that the two diets accounted for 9.3 and 7.5 percent of the variability in eating patterns, respectively.

A 50 Percent Reduction in the Risk of Multiple Sclerosis:

Of the 698 people whose data the team analyzed, 252 were diagnosed with CNS demyelination and 446 were “healthy” controls.

“The results showed that higher consumption of healthy foods was related to a lower risk of a first diagnosis of CNS demyelination”.

Compared to the individuals who consumed the least, the risk reduction in people who consumed the highest amounts of healthy foods was around 50 percent, says Dr. Black. ” This finding is especially relevant for those who currently consume low amounts of these foods,” he adds. Scientists suggest that it is necessary to improve education on how to follow a healthy diet for those at high risk of multiple sclerosis. Since Multiple EesclerosisM is a disease that currently cannot be cured, it is important to offer precise advice to people who are at greater risk of contracting it, as this could help improve their lifestyle and diet .