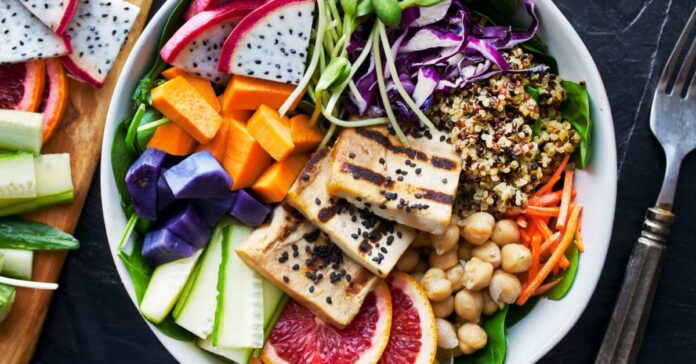 What is the DASH Diet?

The Dash Diet, whose name is given by the acronym in English (Dietary Approaches to Stop Hypertension) Dietary Approach to Stop Hypertension, in this study different nutrients found in foods that have been proven to significantly reduce hypertension in addition to this has been demonstrated with the study that taking some supplements of these same nutrients individually has no effect on the normalization of blood pressure. The Dash Diet has been chosen for two consecutive years as the best and healthiest diet for hypertensive people today, it is not only beneficial for hypertension, but for pre-hypertensive and young people with a tendency to develop it, as well as for diabetics.

The DASH diet has had the greatest impact on people with moderately high blood pressure, an encouraging fact is that for those with significantly high hypertension and who depend on medications, the dash diet showed that it improves the responses to these medications which suggests a possible decrease in the amount prescribed with which they can lower their side effects, in addition to the above the DASH diet improves cholesterol and this combined with exercises can reduce insulin resistance and the risks of developing diabetes. The diet as such and its recipes does not vary from what is a healthy diet, with the advice we will give you can balance your diet with solid scientific bases and you will not feel that you are going through a daily sacrifice but you will feel that you are improving your life . Recent studies have determined that 90% of the American population is likely to suffer or develop hypertension in the future of their lives, the good news about the implementation of the dash diet within our plan, is that once adopted the same in  so Only 2 weeks can be seeing the results. Another encouraging news is that the risk of such hypertension becoming severe has decreased by 25%, the foregoing largely due to improvements and advances in its treatments, including the implementation of the DASH diet.

Other Facts about the Dash Diet:

The Dash Diet for Hypertension was one of a total of three comparative studies that was born as an initiative of the National Institute of the Heart, Lungs and Blood of the US (NHLBI), the objective of this study was to see the impact of feeding on pressure arterial. In addition to the NHLBI and be recommended by the main doctors in the area, the Dash diet is supported by the following reputed organizations:

One of the great advantages of the Dash Diet is that it does not require special, complex or very difficult foods to obtain them, nor complicated recipes to prepare, rather its focus is on a number of daily servings of several food groups that as indicated previously they contain the nutrients that positively impact our blood pressure, to see our summary of the diet dash PDF enter your data in the box located in the upper right.

Potassium in the DASH Diet:

On many occasions we hear how harmful sodium is, but rarely do we realize that potassium is as or more important to take it into account than salt, especially if we are hypertensive or have a predisposition for this. Potassium is one of the main nutrients that should be incorporated into our eating plan when we are following the DASH diet, why? When potassium is consumed naturally, it counteracts the harmful effects of sodium consumption, in a study done by the George’s Medical School in London, showed that consuming potassium citrate has the same effects in terms of lowering blood pressure than Potassium chloride, the difference is that the first is found naturally in many foods, the second as a supplement and sometimes contraindicated for people with renal impairments, diabetes problems and for the elderly in the latter when it is consumed in excess.

“Potassium deficiency or its imbalance is one of the possible causes of hypertension and cardiac arrhythmia.”

This mineral is partly responsible for the proper functioning of nerves, cells and membranes. some of the causes of low potassium is the organism can be the use of pressure medications that include diuretics, excessive sweating as well as diarrhea, it is common to see the cramps in athletes and how they counteract them with a banana or potassium-rich foods, for the latter the consumption Potassium not only prevents cramps but is highly recommended due to the need for fluid control in the body. Among the advantages found in potassium is its effect of natural diuretic in the body, which causes us to eliminate fluids and lower fluids in the bloodstream lower blood pressure, likewise potassium helps in the elimination of sodium, the latter as We have commented before attracts water and promotes water retention and increased pressure, in addition to this, potassium prevents bone loss and kidney stones.

Where is the Problem?

The problem is that common diets do not meet the minimum required amounts of this mineral and on the contrary have excessive amounts of salt, the dash diet suggests a consumption of at least 4,900 mg of potassium per day, with a common diet is not easy To achieve this, below we show you a table where the main foods are rich in potassium and that are an integral part of the diet as indicated in the reference guide of the dash diet, among those with the highest content are:

It is worth noting that the maximum allowable potassium in supplements is 99 mg, given this and the food recommendations we give you here, it is not worth it compared to what you can get in a supplement that is not natural vs. a banana or An orange juice, to name a few.

Sodium and Blood Pressure in the DASH Diet:

Sodium is part of some of the electrolytes needed by our body, this together with potassium, calcium, chloride and bicarbonate are among the main ones, these become ions have the virtue of conducting electricity and their balance is essential for the proper functioning of our body. In addition to the above one of the main functions of sodium in our body is to control the level of water in our body, an excess of this is passed to the kidneys and this to the urine, but if the levels are very excessive this is passed to our bloodstream, as it attracts water the water levels in our body increase and this in turn increases blood pressure, as if we wanted to pass 15 gallons of water through a birthday balloon, it is not same pass them little by little that all at once.

Low sodium intake is a fundamental part of the DASH diet, whether you are hypertensive, pre hypertensive or with normal blood pressure, it has been proven that consuming 2,300 mg or less of sodium will reduce blood pressure, in some cases the number should if lower and a maximum consumption of 1,500 mg of this will be recommended since the ratio of sodium consumption and blood pressure is directly proportional and the results of these studies have shown a decrease between 7 and 12 mm Hg. One point that you should keep in mind is that if you are taking medications to control blood pressure you should continue taking these and share with your cardiologist that you are following the DASH diet so that both can closely monitor the evolution of this and a possible reduction of the dose of the medicine, for this it is likely that you will be recommended a blood pressure meter so that you can see the evolution constantly. It is very important to take into account the content of products called low sodium, many of these contain potassium chloride and this can have negative effects on people with renal impairments and diabetes, salt consumption can be controlled using or replacing salt with herbs, lemon, vinegar and spices that give flavor to our meals in a healthy way and providing magnificent flavors. As for the sodium content, the vast majority of this comes from packaged and processed products, it is important to pay attention to their labels and the recommendation of daily consumption in these, you should focus on products that contain no more than 5% of the recommended values ​​of sodium, all those foods with a content of 20% or more, are considered high sodium foods, canned vegetables and beans it is advisable to soak them in water before cooking and consume them so that you eliminate the salt that is placed in these in order to preserve them.

Finally we want to mention solid chicken broths, in some countries they are called chicken soups or calditos and that are regularly used to season beans or beans, these have an excessive sodium content in many cases a single bucket contains more than 2,000 mg of sodium. One option that we have found is Herbox Granulated Chicken Broth, this has 0 mg of sodium, although it should be noted that it contains potassium chloride, so if you suffer from renal deficiencies or diabetes, you should consult your doctor before of consuming it.