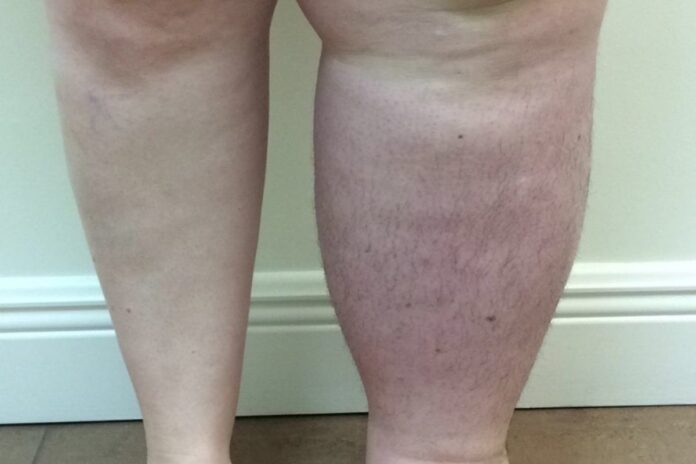 The lymphedema is a chronic lymphatic condition that occurs when lymph fluid accumulates just beneath the skin surface, causing swelling or edema disfiguring. Although edema is most commonly seen in the arms or legs, it can also affect other parts of the body. For example, the abdomen, armpits, back, breasts, chest, face, genitals, head, neck or pelvic area may also suffer from this condition.

The system it includes lymphatic fluid, lymph nodes, lymphatic vessels and lymphoid tissues. The lymphatic vessels carry the protein-rich lymphatic fluid between body tissues and the bloodstream. The lymph nodes, in turn, filter the fluid before releasing it into the bloodstream. You will also find lymphocytes in the lymph nodes. These white blood cells play a very important role in the immune system, helping to fight viruses and bacteria. If they become clogged for some reason, the nodes cannot keep up with the fluid load and the filtration efficiency decreases. This causes the accumulation of fluid in soft tissues, causing swelling. Lymphedema also develops when the lymphatic vessels are damaged and cannot remove debris filtered by the lymph nodes.

It is a rare inherited condition that occurs when there are congenital abnormalities in the lymphatic system. It can affect one or several parts of the body. The cause of primary lymphedema remains largely unexplained, although researchers believe it occurs due to changes or mutations in one of the disease genes. Primary lymphedema in infants and children may be associated with other abnormalities in the system and would need to be treated accordingly. For example, lymphedema is one of the conditions that affect people with Milroy disease, in addition to other genetic conditions such as Park-Weber syndrome or Klippel-Trenaury syndrome and abnormalities such as lymphangioma or hemangioma. Primary lymphedema may also appear at puberty. Praecox lymphedema or Meige’s disease is the most common type of lymphedema that appears during puberty and mainly affects girls. It usually appears on both legs, from the hip to the toes. Another form of primary lymphedema is late swelling, which usually begins after age 35. It affects both men and women and appears on both legs from the hip to the toes.

Secondary lymphedema occurs due to damage to the lymphatic system. Infection, inflammation, radiation and surgery related to cancer, venous diseases, obesity, immobility or trauma are common causes of secondary lymphedema. In cases of lymphedema due to cancer treatment, most cases develop within the first 6 to 18 months of treatment, although some cases may also develop many years later.

Lymph node surgery and radiation therapy are considered the most important risk factors for lymphedema. However, there are also other risk factors that decide how high or low the risk of secondary lymphedema is.

If you have had lymph nodes removed for cancer treatment, this increases the risk of lymphedema. For example, surgeries that may require lymph node removal due to cancer in the area of ​​the head and neck, breast, cervix, colon, bladder, prostate, skin or testicles. Although surgeons do everything possible to minimize damage to the lymphatic system, it is not always possible. This is because cancer risks far outweigh the risks of lymphedema.

“Lymph node removal also increases the risk of infections after surgery, and these infections are another important risk factor for lymphedema”.

If the lymphatic pathways are interrupted due to any trauma or multiple surgeries (even non-cancerous), it can cause lymphatic damage and cause lymphedema. For example, mastectomy and breast reconstruction are extensive surgeries associated with an increased risk of lymphedema. Fortunately, the risk of developing lymphedema after breast cancer surgery is slowly decreasing. From a high probability of 50 percent in earlier times, the risk has fallen to 15-25 percent today.

In cases of breast cancer or any other form of cancer that requires radiation therapy to treat cancer cells, the risk of permanent damage to the lymphatic system is quite high. Healthy lymph nodes and vessels may also be damaged during radiation therapy. Lymphedema is a natural consequence of this damage. Radiation therapy can also cause scarring of the lymphatic vessels, which is a precursor to fibrosis. This is a condition that involves the excessive formation of fibrous connective tissue, leading to scarring and thickening of the affected tissue. Fibrosis further decreases lymphatic flow and increases the risk of lymphedema. Monitor the irradiated area closely for discoloration, redness and blisters and tell your doctor immediately if there is any change.

Although chemotherapy alone may not lead to lymphedema, it could lead to weight gain, which is a risk factor for lymphedema. If an axillary lymph node dissection was performed for the treatment of breast cancer, you may be asked to avoid injections, chemotherapy, or blood draw in the arm on the treated side.

There are cases of lymphedema in people with medical conditions that affect the flow of venous blood. Sick veins cannot handle the volume of fluid and, as a result, the fluid overflows into tissue spaces. This in turn depletes the lymphatic system in the area and causes infection. Two of these venous diseases include varicose veins and deep vein thrombosis (DVT).

Being Overweight or Obese:

Being overweight is defined as having a body mass index (BMI) of 30 or more. And obese people have an increased risk of developing lymphedema after receiving cancer treatment. When the body has extra fat, adipose tissue needs more blood vessels to carry oxygen and nutrients. As a result, these tissues also have more fluid to get rid of. If the amount of fluid that comes out cannot be managed by the lymphatic system, it could lead to the case.

Infection or Injury on the Treated Side: 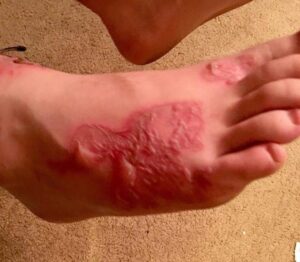 Parasitic infections such as lymphatic filariasis, also known as elephantitis, can cause blockage of the lymphatic channels and cause lymphedema. Microscopic thread worms thrive in the human lymphatic system, causing serious damage. The worm is transmitted through mosquito bites, which makes parasitic infections a common cause of lymphedema in mosquito-prone regions.

Conditions such as rheumatoid arthritis (RA) and eczema cause the tissues to swell and redden. In severe cases, the chances of damage to the lymphatic system are quite high.

People with limited mobility due to disease, arthritis or nerve damage may also be at risk of developing this disease. Exercise and movement help with lymphatic drainage since muscle activity around the lymphatic vessels keeps them sufficiently stimulated. Limited movement causes the muscles to be inactive, resulting in fluid accumulation and, subsequently, the disease.