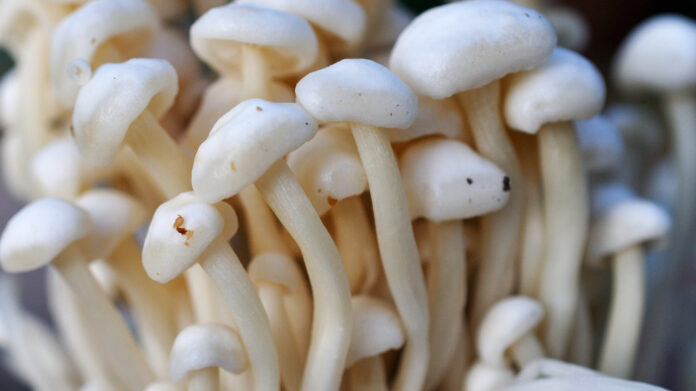 Edible fungi or mushrooms have been consumed for thousands of years for both gastronomic and medicinal purposes. In the kitchen, they add a particular taste to the dishes and can be used as a meat substitute. Although edible mushrooms add an extra flavor to food, some believe they offer little or no nutritional value. In addition, poisonous varieties of fungi have given them a bad reputation. This article discusses the benefits and potential health risks related to mushroom intake.

What are Edible Mushrooms?

Edible mushrooms are often considered vegetables, but they actually have their own kingdom: Fungi (Latin, literally mushrooms). The fleshy fruiting body of the fungus is called the edible fungus, which usually has a shape that resembles an umbrella on a stalk. Both are commercially grown and found in nature, they grow both on the surface and below the ground. There are thousands of types of fungi, but only a small part of them are edible. The best known types include mushrooms, shiitake, portobello, chanterelle, among others. Mushrooms can be eaten raw or cooked, although their flavor intensifies when cooked. They are often used as a meat substitute, as they give a meaty texture and a particular flavor to the food. You can also buy fresh, dried or canned. Some types are also used as dietary supplements to improve health.

Summary: Edible fungi are the fruiting body of fungi, which can be obtained from both the wild and a commercial crop. There are many types of fungi, but not all are edible.

They are Nutritious and Low in Calories:

The Romans call it “food of the gods”, mushrooms contain few calories, but are rich in protein, fiber and various vitamins and minerals. The amounts of nutrients depend on the type of fungus, but they are generally rich in potassium , B vitamins and selenium. But all edible mushrooms are low in fat. A 3.5 oz (100 grams) serving of raw white mushrooms contains:

Interestingly, cooked white mushrooms have higher amounts of nutrients, because when cooked they release nutrients in greater amounts. Different types of fungi may contain nutrients at higher or lower levels. For example: cooked shiitake mushrooms contain 45% of the copper RDI in a 3.5 oz (100 gram) serving. In addition, fungi contain antioxidants , phenols and polysaccharides. The content of these compounds may vary depending on many factors, such as: the cultivation method, storage conditions, processing and cooking.

Summary: Fungi are low in calories but rich in protein, potassium, vitamin B and selenium. Nutrient amounts vary by type.

They can Boost the Immune System:

Fungi have been used in traditional Chinese medicine for hundreds of years to improve health. For example, Shiitakes have long been used to cure the common cold. This seems to be true, since studies have shown that mushroom extract, especially Shiitakes, can help fight viruses. Because they improve resistance against virus infections, as well as bacteria and microbes. Beta-glucans are polysaccharides found in fungi, these may be responsible for this benefit, as it has been shown to strengthen the immune system. Shiitake, fungi and oysters contain the highest levels of beta-glucans. Many studies have focused on mushroom extract, rather than whole mushrooms. However, a study on dried Shiitake mushrooms showed promising results. In this study, 52 people consumed one or two dried Shiitakes mushrooms a day for a month. At the end of the study, participants showed improvements in immune function, as well as a reduction in inflammation.

In Asian countries, fungal beta-glucans have long been used to treat cancer. The results, both in animal studies and in test tube studies, indicate that fungal extract may decrease the likelihood of tumors growing. Although beta-glucans do not kill the cells that produce the tumors, they could improve the defense against the growth of the tumors, because they activate the cells in the immune system. However, such effects may not be the same in humans. Studies in humans indicate that beta-glucans, including lentinan, may have a slightly positive effect on healing, when used together with chemotherapy. Lentinan is one of the main beta-glucans in Shiitakes. A meta-analysis that examined five studies in 650 patients showed that when lentinan was added to chemotherapy, the chances of survival increased in those with stomach cancer. However, unfortunately the patients who received lentinan with chemotherapy only lived an average of 25 more days, compared to those who received only chemotherapy. Also, mushroom glucan betas, when taken as a supplement, have been used to counteract the side effects of chemotherapy and radiotherapy, such as nausea.

“All research on the effects of fungi on cancer treatment has focused on fungal extracts, whether as supplements or injections, but not on eating whole mushrooms”.

Therefore, it is not possible to deduce whether they could play a similar role in the fight against cancer when they are integrated into the diet.

Summary: Fungus extract has been shown to reduce tumor growth in animal studies and in test tubes. Patients undergoing chemotherapy may benefit from using mushroom supplements.

They are Beneficial for Heart Health:

Fungi contain several substances that can help lower cholesterol. This includes beta-glucans, such as: erythedenine and chitosan. A study in people with diabetes showed that eating oyster mushrooms for 14 days lowered total cholesterol and triglycerides. Even, blood glucose and blood pressure decreased as well. Fungi also contain a variety of potent antioxidants, including phenols and polysaccharides, which are known to help reduce inflammation and oxidative stress. Oyster mushrooms seem to have the highest antioxidant content. A study in individuals with high levels of blood fat showed increased antioxidant activity after consuming oyster mushroom powder extract for six weeks. Since studies have shown that fungal extracts are good for health, it is a good idea to integrate fungi into a healthy diet and thus complement a healthy life. In one study, obese people were assigned to one of two diets for one year. One diet included meat, while the other used mushrooms to replace meat three times a week. The results showed that when replacing meat with white mushrooms, LAD (high density lipoprotein) or “good” cholesterol increased by 8%, while blood triglyceride levels were reduced by 15%. Participants also experienced reduction in blood pressure. Even individuals who followed the fungus diet lost 3.6% of their weight during the study, while the meat group lost only 1.1%. They also experienced reduced appetite in people during the diet that incorporated fungi. Fungi can also help reduce salt in dishes that contain meat. In fact, a comparison made to two meat-based dishes, both with little salt content, to a dish was added crimini or white mushrooms, which resulted in a better taste compared to the other meat dish. After all, it can be said that mushrooms apart from being useful to reduce salt intake, can be healthy substitutes for meat, without compromising taste or taste.

Summary: Fungus compounds can reduce cholesterol and reduce inflammation. They also have antioxidant abilities that could benefit health.

Like humans, fungi produce vitamin D when exposed to sunlight.  In fact, they are the only food of non-animal origin that contains vitamin D. Wild mushrooms contain a considerable amount of vitamin D, as they are exposed to sunlight. The amount they contain of said vitamin depends on the weather and latitude. In the same way, by exposing them to ultraviolet light before or after harvest, the hogs produce vitamin D. Eating mushrooms enriched with vitamin D may improve health status in some people with vitamin D deficiency. In one study, participants ate mushrooms that had been fortified with vitamin D for five weeks. This had positive effects on vitamin D levels, even the results were similar compared to a vitamin D supplement.

Some Mushrooms are Poisonous:

Not all mushrooms can be eaten. Many varieties of wild mushrooms contain toxic and therefore poisonous substances. Eating toxic mushrooms can cause abdominal pain, vomiting, fatigue and hallucinations. It can even be fatal. Some types of toxic wild mushrooms closely resemble edible varieties. This includes the deadly fungus Amanita Phalloides, also known as the death cap. In fact, Amanita Phalloides is responsible for the majority of deaths related to mushroom consumption. If you want to start integrating wild mushrooms into the diet, make sure you have had enough training to safely identify which ones you can eat. For added security, it is best to buy them at a local store or in the market.

Summary: Some mushrooms are toxic and can cause severe symptoms or even death. Sufficient training is necessary to identify which ones can be eaten.

They can Contain Arsenic: 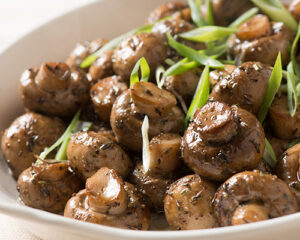 Fungi easily absorb good compounds from the soil in which they grow, but bad ones too. This includes the arsenic element, which can cause various health problems and increase the risk of certain diseases such as cancer, when ingested in the long term. Arsenic is naturally present in the soil, but levels vary depending on the area. Wild mushrooms contain a higher level of arsenic than those grown, it is more fungi that are close to industrial areas, such as mining and smelting areas, which have the highest arsenic content. It is better to avoid consuming wild mushrooms found near contaminated areas. In contrast, cultivated fungi contain less arsenic content, since growth conditions can be controlled. In one study, only a sample of 12 store-bought mushrooms exceeded the Chinese guidelines for arsenic. China is the only country that sets limits for arsenic in fungi. Although store-bought mushrooms may contain arsenic, this should not be a concern, since they have small amounts and are usually not consumed daily. When it comes to arsenic contamination, you have to be more careful with rice than with mushrooms themselves. This is due to the fact that rice and its derivative products have sometimes relatively high levels of arsenic.

Summary: Arsenic may be present in fungi. Wild varieties near industrial areas contain the highest amounts.

Fungi are healthy foods, rich in protein, fiber and various vitamins and minerals. In fact, eating mushrooms and / or consuming edible fungi extracts can be beneficial for your health. In particular, it has been shown that the fungus extract improves immune function and heart health and can also help fight cancer. However, it should be borne in mind that some wild mushrooms are poisonous, while others may contain high levels of arsenic, which is a chemical harmful to health. If you have no experience to identify edible fungi, it is important to avoid wild fungi, especially if they are close to industrial areas. Apart from this, it is safe to include them in the diet. The mushrooms are very low in calories and add a great flavor to the dishes.