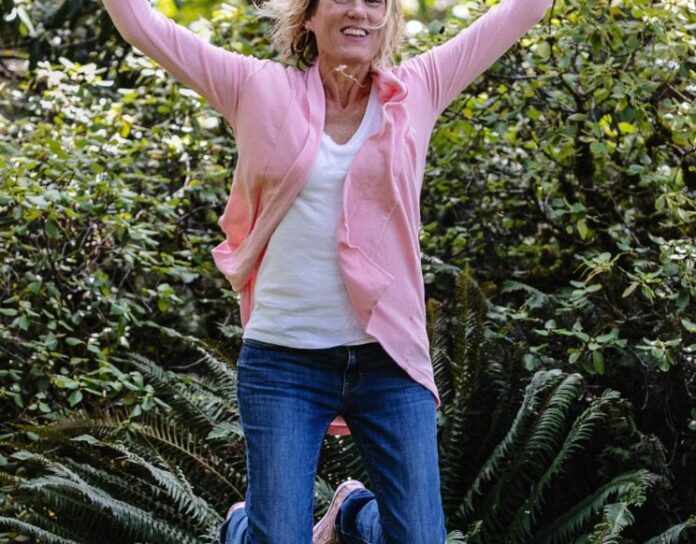 To lose weight , it is necessary to burn calories or, in other words, accelerate and keep your metabolism accelerated. But … how can you speed up the metabolism in a simple and healthy way? Learn now how you can burn more calories with these 10 tips based on scientific studies.

Today it is a scientific fact that water intake favors weight loss. There are many studies that have analyzed the effects of water on total calorie consumption and metabolism and all agree that drinking water helps you lose weight. It has been confirmed that ingesting half a liter of increases accelerates the metabolism between 10% and 30% and this remains accelerated for approximately one hour.

Also, the daily consumption of 2 liters of water increases the burning of total calories by 96 calories. You also have to keep in mind that water is a 0-calorie drink, so when you drink water instead of soda or juice, for example, you automatically consume fewer calories. According to the results obtained in several studies, those who drink water instead of another class of drinks ingest 9% less calories per day, that is, 200 fewer calories per day. In addition, if the water you drink is cold, the caloric expenditure will be even higher because your body uses more calories to warm it to body temperature. Finally, it has been observed that simply drinking half a liter of water around half an hour before each meal increases weight loss by 44%

The digestion and metabolization of the food you eat requires a certain caloric expenditure and this expense varies depending on the type of food. In the case of protein-rich foods, they need a higher amount of calories than foods that contain mainly fats or carbohydrates. According to several studies, people who eat a lot of protein can spend up to 260 calories more than people who consume too little; and this figure is what can be burned in one hour of moderate intensity training. Similarly, the protein has a great satiating effect, improves the function of certain weight-regulating hormones and can accelerate the metabolism 80-100 calories daily

“It is important to note that protein consumption not only speeds up the metabolism, but also keeps it accelerated by preventing the loss of muscle mass”.

High intensity interval training (HIIT) is a maximum intensity workout that lasts less than 20 minutes and includes various physical activities. Among its benefits are the acceleration of the metabolism and its maintenance even after finishing the training and its powerful fat burning effects. In one study, it was observed that subjects who performed HIIT removed 9 times more fat than those who underwent resistance training.

Some foods contain substances, such as capsaicin, that are capable of reducing appetite, accelerating metabolism and increasing fat burning. In fact, many slimming supplements use this substance as an ingredient. An example of food rich in capsaicin is pepper or hot pepper, which you can add to a lot of dishes and recipes to give it a spicy touch and at the same time help you lose weight. However, frequent consumption of foods with capsaicin can cause a tolerance to this substance, which translates into a reduction in the effects on people who regularly eat spicy foods.

Exercising muscles and developing muscle mass also favors the acceleration of metabolism. Many studies agree that weight lifting exercises help prevent muscle loss, while preventing the metabolism from slowing down during a period of weight loss. If you can’t go to the gym, you can also do body weight exercises such as push-ups, squats, abs, etc.

Several studies have proven that the caffeine present in coffee can accelerate the metabolism between 3% and 11%. In addition, coffee is a natural fat burner, which has been shown to increase fat burning by 29% in thin women and 10% in obese men

The green tea is also a caffeinated beverage and as such, has properties that speed up metabolism and aid in weight loss. However, it is the catechins, antioxidant substances present in green tea, that are most responsible for green tea contributing to greater fat burning. Some studies have shown that green tea intake can increase metabolism by 4-5%. In an investigation it was observed that men who drank green tea and practiced physical exercise eliminated 17% more fat than those who did not. Likewise, green tea is a low-calorie beverage and many studies show that both the beverage and the green tea extract in supplement favor weight loss; although stronger results are still needed to confirm this effect.

Rest and rest also influence metabolism and weight loss. Sleeping a few hours and in an unsuitable environment causes tiredness and weakness, but also increases appetite and cravings. Apparently, lack of sleep negatively affects metabolism and a strong relationship between sleep deprivation and obesity has been found. Children who do not get enough sleep have an 89% higher risk of obesity.

On the other hand, lack of sleep also contributes to obesity by altering the hormones ghrelin, cortisol and leptin. But that is not all… Sleeping poorly and poorly can increase the risk of type 2 diabetes, since glucose levels and insulin resistance increase when a person does not sleep well.

Spending a lot of time sitting is an unhealthy habit that can contribute to the development of several diseases, including obesity. In a specific study, working just one afternoon standing caused an extra calorie burn equivalent to 174 calories. f you are one of those people who works most of the time sitting, try to get up and walk every so often and take advantage of the pauses to stand.

11 Tips that Helps to Lose Weight Without Diets or Pills!

Gain the Amazing Results with this Diet of 19 Hours!